Meng Qi, who lives in China’s capital Beijing, where he grew up, is one of the most interesting new entries in the rather under-represented controller-modules market. He first learned about synthesizers through softsynths and later got into modulars thanks to the Nord Modular G2 and Ciat-Lonbarde. He might be best known for his Voltage Memory (which we’ve talked about in the recent “A Matter of Control – Keyboards and Modulars” article), but he’s got a lot more going. He offers a whole system of control modules called “Squishable”, which is totally worth checking out, but more about that below.

We got in touch with Meng Qi to talk about his modules, his approach to music and the electronic music scene in Beijing. 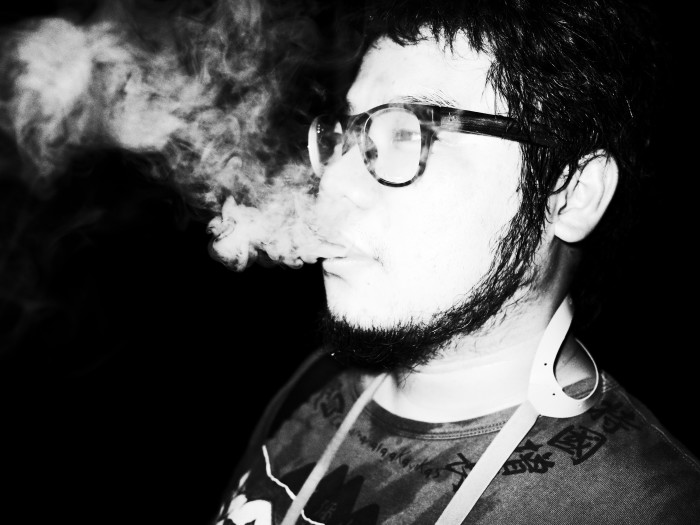 Horizontalpitch: You’re the only China-based module maker as far as I know, how come there aren’t more people making synths and modules in China?

Meng Qi: Yes I am. Because synth is not much known in China. Most people simply don’t have an idea of what they are. But this is certainly getting better now;

HP: You’re not just a module designer, you’re also a musician, how and when did you find out that you had a passion for electronic music?

MQ: Back when I began, I like electronic music because machines obey, but people don’t, so it is better for personal expression than doing a band, and then I discover its infinite depth for experimentation and expression, and I love it further;

HP: Interesting! Actually many musicians put great effort in making machines sound more “human” by introducing errors into the machine, what do you think about that?

MQ: AFAIK, errors for some emulation software instruments (like guitar/piano) is adding some wrong pitched ghost notes and making some timing shifts, which is not needed by synth instrument; errors for virtual analog synthesizers is usually bringing some nonlinearity and drifting, which makes them more analog like, not really humanizing. Then this question makes me thinking of a lot of experimental synthesizers which bascially play themselves, and some are even barely controllable or too impossible to reproduce a patch. But even when comparing to these experimental machines, humans are still, much, much more complicated, so I can say machines really obey. 😉

Also this question brings up an interesting topic. While designing instruments, deciding how much freedom is given to the users plays a big role in it. Less freedom – usually easier to play, more users, easier for same music to occur, less expressive for power users; More freedom – usually harder to play, less users, more expressive for power users – but since there is seldom any linearity in musical expressions activities, it is much more complex than this summary. When an instrument allows freedom to a threshold – which is different for every person – the musical expressiveness would reduce from that point, and then machine may rule over the music he/she makes. I am not an expert in human mind or behaviour but it is something I found enjoyable to experiment with and it is really great to explore the music and sound that experimental instrument users are outputting. 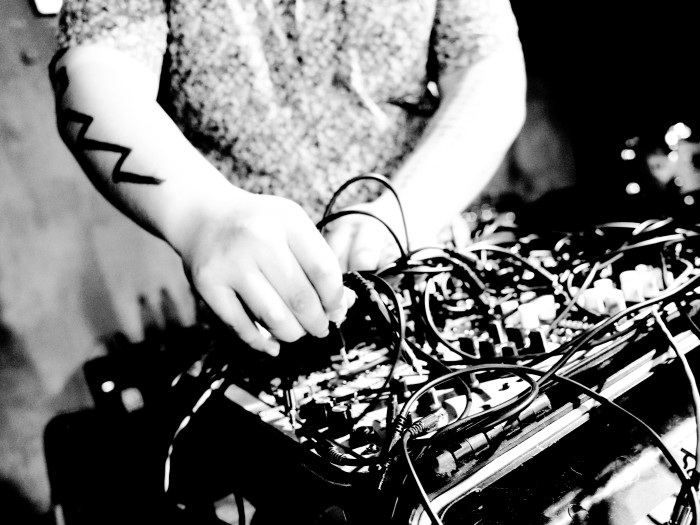 MQ: It is getting better very quick these year, at least more and more people begin to know the importance of synth and sound theory;

HP: In your videos you often play the modular with clear references to the Chinese music tradition (at least for my untrained European ear). I find this a very interesting combination, sometimes it seems that the modular is the perfect instrument for that kind of sound.

MQ: The Chinese feel comes pretty much naturally since I am Chinese. Modular is so free so different users can have totally different setup, workflow and habit, while experimenting with their own character. Yes modular is perfect for bringing an electronic Musician’s very own character out.

HP: Actually here in Europe, products coming from China are often associated with low quality, did you ever have to face this sort of prejudice with your modules?

MQ: In fact that’s what I worried at first but the amazing thing is that I haven’t got feedback like that. Yes there are massive shitty quality stuff getting made here, but you can also make good quality stuff in China if you want to;

HP: You seem to have a strong focus on control modules (your Squishable system for example), how come you chose this path?

MQ: I would say that my first concern for electronic music is the interface, there are so many supreme sound makers but not so many interfaces to dig their potentials.

HP: You recently sold a Squishable to Nine Inch Nails, how did it happen and how does it feel?

MQ: After my Squishable appears on Synthtopia (massive thanks to them!), one guy working wth NIN contacted me, and you know what, just a couple days after their Squishable arrived, Alessandro [Cortini Ed.] also ordered one from me, so I guess they will be having 2 Squishable? 😀

It is so hard to express my feeling because I grew up listening to NIN!!! 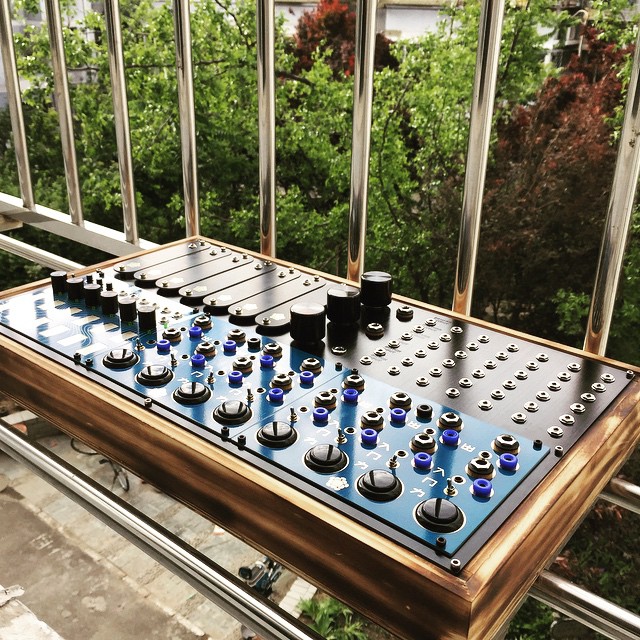 HP: Moog vs Buchla, does this very US-centric dichotomy make sense for somebody who grew up in Asia like you?

MQ: Oh yes, but I may have less understanding to it than US people. Isn’t that a difference in method for harmonics and volume shaping? Dynamic depth FM + LPG for Buchla; Rich sounding osc + filter + VCA for Moog? I think both ways are great and now we are free to setup system that contains everything we want, and use it in every way we want, which is exactly the point for modular synthesizer IMHO.

HP: If there was something like a “Meng Qi approach to synthesis”, how would that work and sound like?

MQ: In fact, an open system is good for me since I know a bit of programming and patching. So there is no set rules there. Sometimes I love massive amount of modulation routings and sometimes I love pure tones from oscillators with beautiful volume curves. 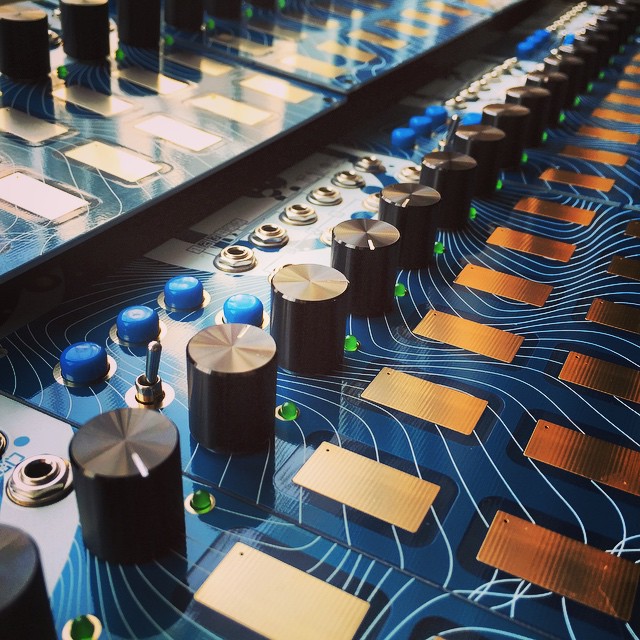 HP: If you had to live the rest of your life on a desert island and you were allowed to take only a mini case with two modules (one of yours and one from another maker), which modules would you choose?

MQ: that is really tough to decide. but I think I will go for VM + Addac Ultra Wave Player. But then again I will need a computer and a recorder to put samples in it. 😀

MQ: In that case I may already meet my future self for a drink or the world is already destroyed by people abusing time machine so I don’t think that’s gonna happen. And I am super happy with my current life, I do want nothing changed.

HP: Ok let’s talk  about your “real” future, what can we expect from Meng Qi in the next years? Anything you can tell us about your upcoming modules?

MQ: Not yet, I am even not sure what I am going to bring out. After I catch up with all these orders I will have a better idea of something I would do. I have a few ideas but now they are not polished yet.

edit: Apparently there is some news on what to expect from Meng Qi… here’s a little teaser: https://instagram.com/p/3TDxvmLvFI/